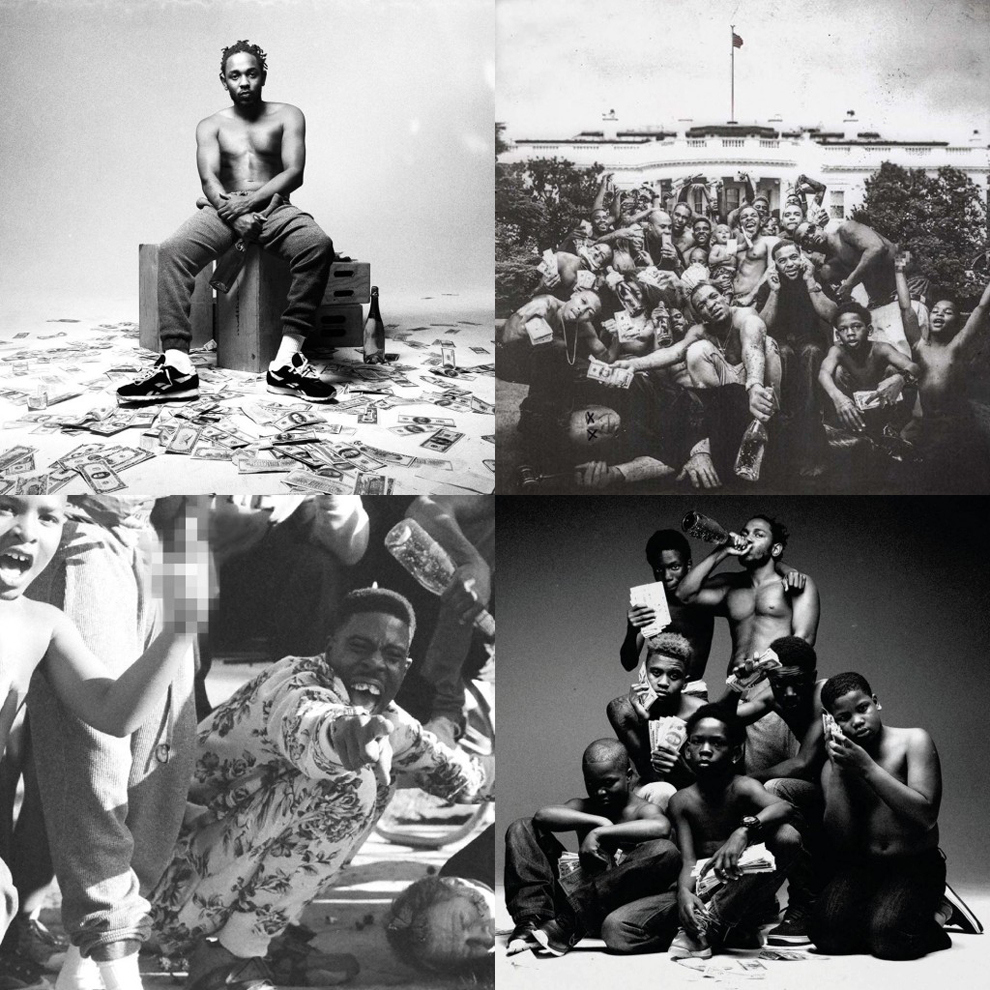 To Pimp a Butterfly By Xhale

In Hip-Hop, it’s not every day a famed recording artist dares to use such an illustrious stage to challenge the cultural integrity of his or her listeners. KRS did it. Public Enemy did it. Both Dead Prez and Lupe Fiasco tight-roped on controversial career paths as well. Now, Kendrick Lamar continues the trend as he brazenly confronts the outcomes of systematic enthrallment with the release of his sophomore LP, To Pimp a Butterfly. Without question, TPAB is ambitious, soul-collecting musical sub-genres that were once a cultural mainstream and sequencing them into one amorphous listening experience. But in order to cite the album’s inspiring motivations we first must understand some of the symbolism behind the title.

Perhaps a less than subtle nod to Harper Lee’s 1960 novel, To Kill a Mockingbird, which spotlights a black man wrongfully convicted under the thin blanket of our judicial system; the cover sleeve of TPAB depicts a revolt against the system altogether. But it begs the question: Does an uprising of young, African-American men parading The White House lawn while eulogizing the vices used to confine them in the first place (money, liquor) really constitute as a winning verdict? Or has the system of racism and social injustice succeeded in blinding them from the real threat? Conformity.

It is one of the central themes of the album as introduced on the Funky rendition “Wesley’s Theory”. Here, K Dot pins conformity under a microscope “Uneducated but I got a million dollar check” before boasting Uncle Sam’s appreciation for inner-city dupes in their overconsumption of material indulgences.

Kendrick juggles his identity, narrating the burdens of his success through the arbitrary point-of-view of idlers and hood affiliates, derailing him down a road to depression and spiritual vulnerability. On “For Sale?” his soul is infiltrated by the romanticizing campaign of Lucifer under the guise of Lucy. Kendrick instead chooses enlightenment on “Momma”, reinvigorating self-value during his experience in the ancestral motherland of Africa. It is home where he concludes a new theory of combating, if not overturning the effects of Negro-degradation. Respect.

Booker T. Washington believed the future of the Negro’s rise against oppression depended primarily on his own efforts, to which King Kendrick returns to his beloved streets of Compton injecting a message of respect for oneself and each other. Empowering Ni**as into N-E-G-U-S on “i” he later holds himself and peers accountable for social change on tracks like “The Blacker The Berry” and “Mortal Man”, which outros a surprising yet sentimental mash-up with the late Tupac Shakur.

It is a moment that chronicles the lifecycle of the caterpillar breaking free from the bonds of the chrysalis (shell) and evolving into the renowned butterfly, realizing TPAB’s true agenda in poetic form. Its unconventional-ness leaves much to be resonated, but fans who identify Kendrick Lamar’s veracity and layered execution will argue that this is not just music. It is an evocation of strength and unity.